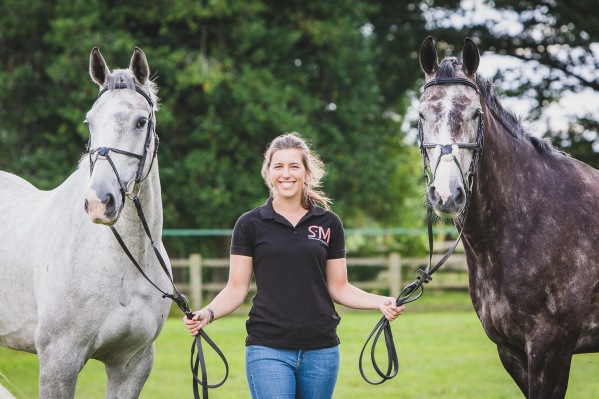 Sophie has ridden from childhood and owned her first pony at the age of 10. She was an active member of the Pony Club, competing at the Pony Club Championships in both Dressage and Eventing, before carrying on to be placed at the Young Rider British Dressage Talent Spotting Finals.

After school Sophie gained a 2:1 BSc (Hons) Equine Sports Science degree from Hartpury College (University of the West of England). She then set up her own dog services company whilst establishing her own private yard and qualifying as an ETUK Equine Sports and Remedial Massage Therapist.

Sophie continues to compete regularly at British Eventing, Showjumping and Dressage with her horses as well as being an active member of the Riding Club.